It's strange how I had a sudden urge to blog. It's been 2 years and 3 months since I've last blog. It's weird that I feel this sudden urge but nevertheless here I am. I cannot believe it's gonna be 5 months till I finally graduate with a new prefix- Dr. Lee Pei Shin. It's crazy that 5 years of medical school is coming to an end now. It seems like only yesterday when I first step into Manipal. Now it's going to be the end of me school life soon and working life starts hopefully in December 2013. I am amazed at how time flies. And yes, I am still very much in love with my handsome PhD grad student-aka boyfriend. Let's see, I've met him in May/June 2011 and started dating in Aug 2011.. so in another 5 months time it would be two years anniversary. Not like we make a big celebration but this year would be different as we would be celebrating... belated anniversary in  New Jersey!! Yes, I'm going to USA to visit him, and yes, it's gonna be the first time that I'm going to visit him, he was back for a month during December 2012. Many things have changed since the last I blogged. I was diagnosed with hyperthyroidism just recently, it's devastating news but I was calm and cool about it, probably because I have been dealing with illness for so long that it really doesn't really matter anymore. Self pity is not a solution to this and neither would being sad helps. So clearly I need to be able to strengthen my willpower and get well soon. I would be signing off now. Tomorrow would be my psychiatry posting examination so wish me luck!
Posted by さやろん at 11:30 PM 1 comment:

One of the many written by him

She makes me realized
That I will not be forever tantalized
I’m glad to have you as my soul mate
Owh, how great is our fate

Santa Claus is coming to town!

Oh great! It's Christmas season again, and the malls will be decked with holly and berries and sparkling stars and bubbles and green trees and small gifts and mistletoe and everything else that's Christmasy!!! Alright, its not that soon but, in less than one month, Christmas will be here again!

I'm trying to remember what I did last Christmas, I think I went to my lovely mentor's house back in India and it's awesome to go caroling from house to house and fill our tummies with Indian delicacies, mind you I was in India and yes, no turkey or lamb chop whatsoever but it was nice Indian homecooked food that I missed so much. Its actually so hard to find good Indian food in KL, everywhere I went, it all taste totally different from what I'm used to back there. I do miss good Indian food in Manipal.

I'm actually starting to plan my Christmas holiday *wink* My tummy growls at the delicious thought of dessert awaiting. Keep telling my tummy *Y U NO FLAT* but I will definitely go to swim more so that I can indulge in awesome chocolate cakes and cheese cakes. Yummy!

Oh well, I shouldn't blog too long. Should get back to my work. Good night!
Posted by さやろん at 10:15 PM 4 comments:

Had a fun movie outing with 3 girls and 2 guys to watch In Time. Thank goodness there's only one couple there that would remind me of him. It's pain in the ass to watch couples in love when you're in a long-distance relationship,never mind the fact that it is 12500miles apart.Being in a different time zone sort of tunes my body into an auto-NJ clock. It rings at the most inappropriate hours, and it winds down just when he wakes up to sunshine. Being a medical student doesn't help much either, with all the long hours in ward and lethargy seems to hit at the most inconvenient hours.

But still, I'm loving every moment with him, being with him is like lounging on a couch with a bar of chocolate and a good ol' intriguing novel, with warm blankie and sound of rain pattering down the windowsill. It's the peace and quiet from the all the hectic routines and endless rote memorization that I love most.

A sudden realization dawn on me when I was watching In Time. It was a mere memory of myself from the past but it hit on quite hard, a smart rap on the head like Prof M does it on everyone. Would I still be hanging on to the past, like what I have been doing all these while, or would I start to grow up and listen to my own heart like it should have for the last 22 years and 355 days? Time is something that I've always take for granted. It has always, another day for me, another week, month or year, thinking that I have many of them to come.

But realistically speaking, no one knows when exactly we will leave this world. I would have many many things to be done but being a perfectly healthy girl, I wouldn't think much about life and death as much as a person should at my age. It's called pessimistic ain't it if I were to start thinking about it?

Everyone takes things for granted, young people eat unbalanced food thinking that it's okay to flood the body with grease and chemicals, leaving another day to the deadline of assignments, and couples bickering like they have a lifetime to do it. It's pretty much annoying to me because to hear those bickering, to hear those tiny arguments and conflicts drains the positive chi around me. It matters not what you are bickering about, but its those piercing words and raised tones that irritates me, why the hell do you even wanna raise your tone at someone you love?

Okay, I might have overreacted but believe me when I say I have my share of crazy arguments when I was young. Now, it's time to grow up and stop acting so melodramatically over small matters.

Off for dinner with a couple of great friends, will miss them so much when medical school is finally over!
Posted by さやろん at 7:27 PM 2 comments:

I slept off at 10.30pm last night, woke up to talk to my man and slept off again because I was so tired from posting in Paediatric ward. I had a good day yesterday, clerked a case of probably acute exacerbation of bronchial asthma *because specialist didn't wanna label her off as asthmatic yet* and stayed till 4pm even though we were left alone without supervision due to unforeseen circumstances i.e. one of my Paediatric professor decided to leave MMMC *still am skeptical about this because she's not the kind to leave suddenly without informing us* hmmm..feeling a lil' sad, will kinda miss her eccentric giggles.

I left the ward feeling absolutely elated, maybe it's because of the Kopiko sweet I'm currently addicted to, or mainly because the patient's mother actually asked for my name yesterday, after a long talk with her at bedside, not merely a one-way conversation whereby I asked for details of her child and she replied with tons of medical symptoms, but a  long conversation where I answered her doubts and we discussed nutritional plans for her child. Not that I'm a nutritionist but I believed I've read enough and knew a lil' bit more than her on what to feed a growing kid with chronic long term illness like asthma.

Anyway, it may sound silly and a little narcissistic to others, why, she's only asking for your name but, believe me, when you have so many patient and family members that you see each day, none cared enough to even ask for your name because they think that you are troubling them every day by asking so much details but yet not able to contribute to management of the patient. That's why I had the best job satisfaction day ever! Off to lecture now. Ciaozz
Posted by さやろん at 7:28 AM 1 comment:

A brand new blog, with a brand new chapter of life and a someone important I've yet to introduce here..now off to do group study with Faten..ciaoz
Posted by さやろん at 8:35 PM 1 comment: 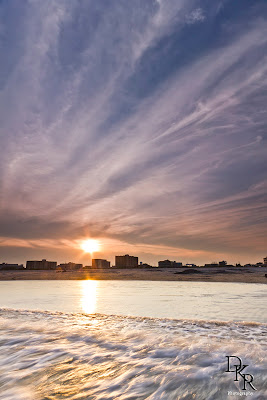 I'm getting tired of this blog's interface, the design, and everything else.. this calls for a revamp on this site.
So look out for brand new blog next week!!

Signing off,
Carol in pensive mood 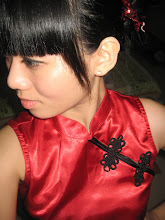 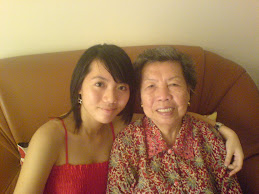